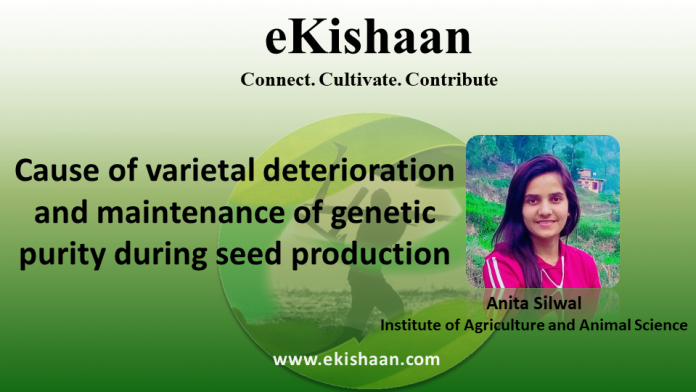 ” To maintain genetic purity of seeds, seed should be certified by seed certifying agency and  experienced technicians, which  help to increase productivity of crop  and reduce crop failure. “

Genetic purity define as true to type or doesn’t contaminate with other crops seed and weed seeds. The production of genetically  pure seeds that contain  proper moisture for long duration storage involves high technical  support and it is done by seed certifying agency.

Comparatively heavy financial investment  require for production of genetically pure seed and it should be certified by seed certifying agency. Quality seeds are the basic inputs of crops. It helps in increase in crop productivity by 20 – 30% and reduce seed requirements. Also, reduce chance of weeds, disease, insect /pest and cost of input reduce.

Genetic purity tests are critical tools for seed producer and plant breeder. The genetic purity of a the varietal deterioration due to several factors during production cycles  cause reduction in production and quality of crop which can be maintain by isolation, rouging, field inspection etc.